Hello from Reykjavík, where we’re halfway through DesignMarch 2014 and the Reykjavík Fashion Festival!

I’ve been posting on Instagram since arriving, as have Cirilia and Stephen, and I put a bunch of our photos into the montage above. If you want to follow along, you can follow us at @cakeandvikings, @cirilia, and @westknits.

First of all, Iceland is beautiful. I may be here for the design and fashion events (and to galavant around with buddies) but it wouldn’t be that hard to skive off and stare at the landscape or out over the rooftops all day instead. Truly. 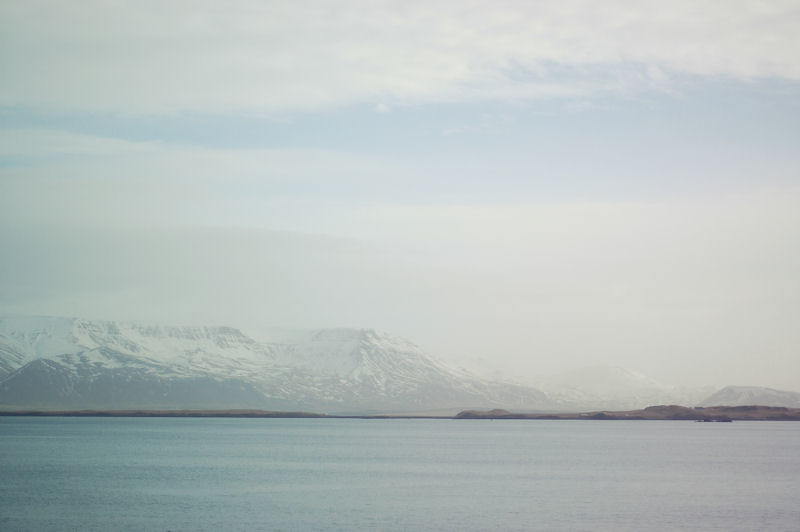 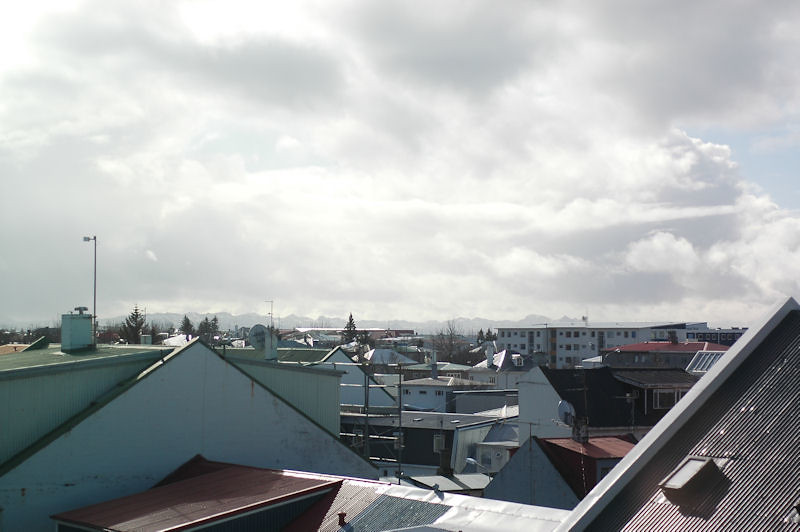 I arrived early in the morning on Tuesday. I had the Flybus drop me off at Reykjavík Downtown Hostel, near my friend Peter’s place, which worked out well for me because I could have a coffee (I didn’t sleep on the overnight flight) and some breakfast while I waited for Peter. We got to spend the day together, but I also got to get some work done and take a nap (very necessary).

Stephen and his friend Barbara (of Chillimint) arrived from Amsterdam later that day, and Cirilia arrived the next morning. Our days thus far have consisted of a lot of coffee, snacks, and knitting. And outfit changes. Reykjavík is known for its street style but I’m not sure this city’s residents can hold a candle to these guys. 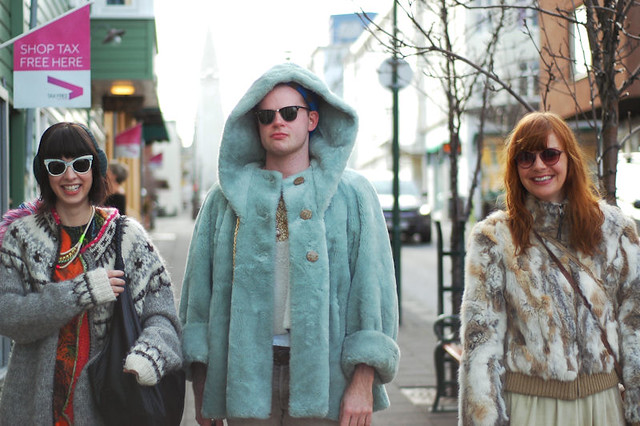 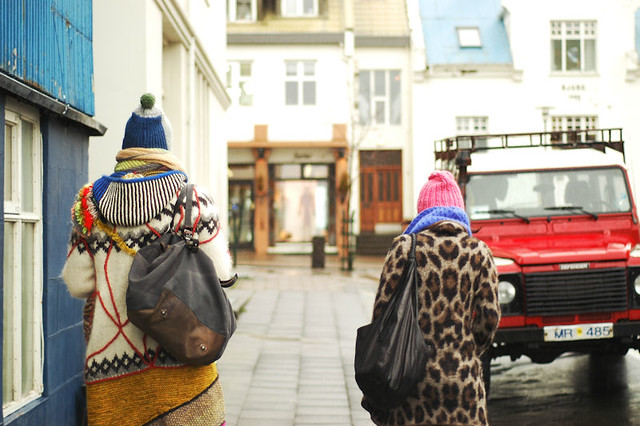 I feel positively tame standing next to them, swathed in black, white, and grey (right down to the lopapeysa I bought at the Handknitting Association today, seen in the Instagram montage above). But I feel like me, so it works.

Opening day’s talks on Thursday were really excellent (you can read about the programming on the DesignMarch website here). “Design” is such a diverse, broad term, and the wide range of speakers really drove that point home. The morning started off with two speakers who work in urban planning & design situations, and one of them, Kathryn Firth, might have been my favorite speaker of the day. She’s working on the ongoing redesign of Olympic Park in London in the wake of the 2012 Olympics, and I have to admit I hadn’t given much thought before to what happens to all the giant Olympics complexes after the games.

After lunch the talks switched gears: we had some tech talk first (with Robert Wong from Google) and then moved on to fashion, with Mikael Schiller from Acne Studios and finally Calvin Klein. The Google talk was good, and about what you’d expect: Robert was charming in a humble, not-smooth-talking kind of way, with funny quips and emotional hooks and appropriately placed “instructional videos” that are totally ads, no matter what Google claims. I got caught up in the moment during his talk, and found my feelings toward Google (which are mostly good, but I do have some grievances) shifting in a more positive direction. After his talk, however, I came down from this magic Cloud (I guess Glass isn’t a great thing to stand on) and realized I’d just been expertly emotionally manipulated. High five, Google. You’re winning whatever game you’re playing and it still makes me uncomfortable.

I really enjoyed Mikael from Acne’s talk. He was funny and genuine and seems generally bemused that people like what his company is doing (though of course he works very hard to make it so that people do). I probably won’t buy their jeans or other clothes, but Acne’s really on the up right now.

Calvin Klein… well, he’s undeniably a legend. Instead of giving a presentation like the other speakers did, his talk was in the form of an interview, and his interviewer was Icelandic designer Steinunn (a former employee of his). It was clear that CK and Steinunn have somewhat of a special relationship and the utmost respect for each other, which is lovely, but it made for a pretty vanilla interview, I must admit. I’m very glad to have heard Calvin Klein speak at all, and he gave some great advice for aspiring designers, but it would’ve been a much richer and more interesting interview if his interlocutor had been willing to bring up critique or controversy, or anything other than glowing praise. Perhaps if you’re Calvin Klein, you have the authority (or maybe the ego) to pretend critical analysis doesn’t apply to you and choose your interviewers accordingly. He was so casual when he mentioned hanging out in the Hamptons and deciding to send his personal plane to Boston to fly Marky Mark down to talk about underwear… and it was at that moment that I realized how far Calvin Klein’s reality was from mine, or most of the other people in this world. Nonetheless, it was interesting to hear his story and I’m grateful I had the opportunity.

The weather the morning of Design Talks was gorgeous, and we took advantage of the gorgeous light outside Harpa (reflected off the geometric, multi-colored windows) and snapped a few goofy photos: 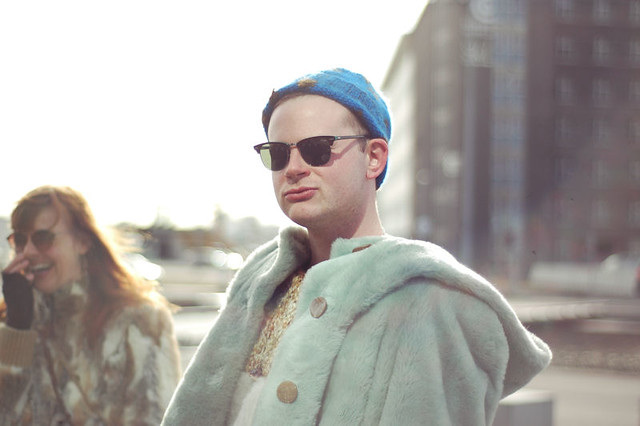 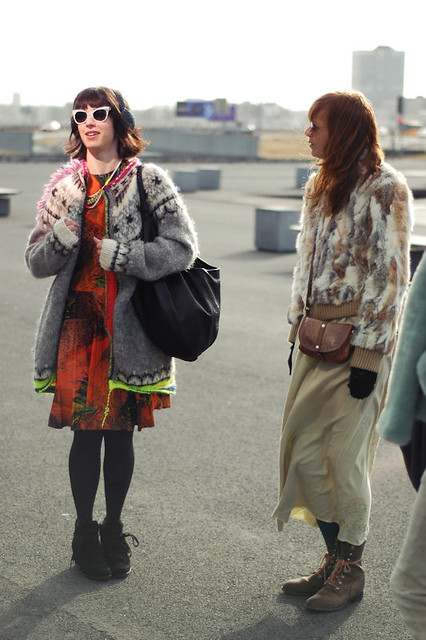 I have more to write about what we’ve done so far (especially the National Museum!), but I think I’ll save that for the next post. Until then! 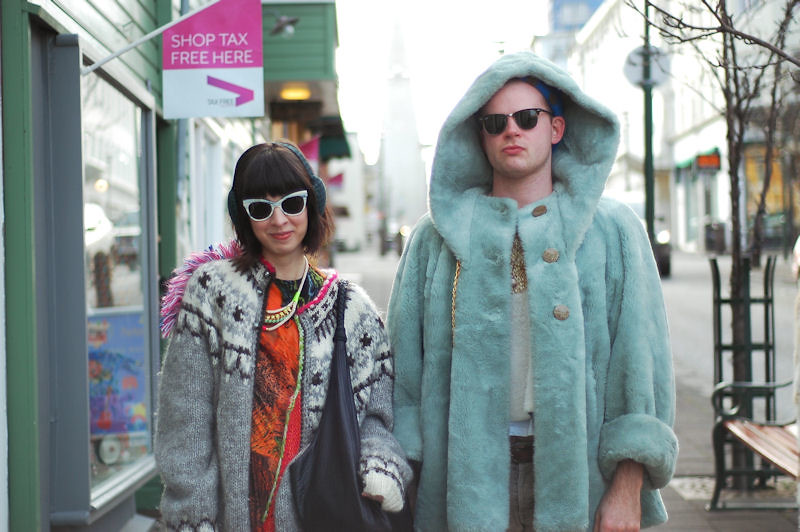