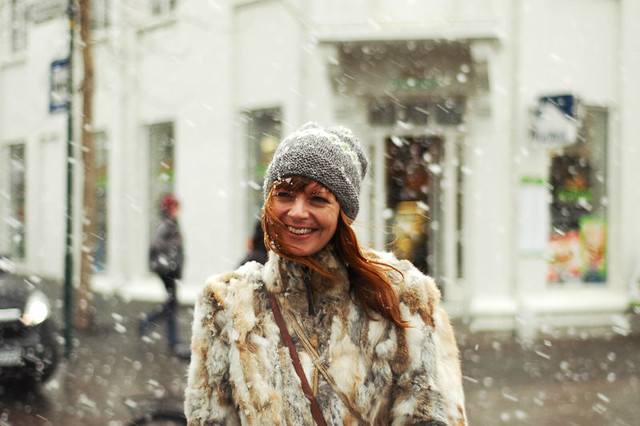 Barbara borrowed my hat when it started snowing on us.

Friday was spent at the National Museum and ended with a fashion show, a precursor to Saturday’s events. I didn’t take any photos at the museum (though Cirilia did take a handful of them), but if you’re interested in Iceland’s history even a little bit, I feel like the National Museum is a must-see in Reykjavik. I spent two hours there but I could have lingered longer. I definitely spent some time nerding out over medieval manuscripts, and as a drop spindle spinner, I really enjoyed seeing the Viking-era stone spindle whorls and woven (or nalbinded) fabric remnants. There was also a really great photography exhibit on the the ground floor while we were there, and all the work being featured was shot by female photographers. The works spanned over a century of photography.

The fashion show we went to was over at the art museum by the harbor, Hafnarhúsið. It was a very different vibe than the shows the next day. I think that the fashion world tends to take itself a little too seriously and the folks in attendance at the Hildur Yeoman show seemed to fall into that category. Still, it was an interesting experience and I’m glad we attended. The show was for Hildur’s new collection, called Yulia. I believe it’s named after (and partially inspired by) her great aunt. Or grandmother? Either way, it was a badass lady in her family, and I’m all for being inspired by that.

The clothes weren’t for me, but I managed to grab a photo or two anyway. Black, white, and red were the thematic colors for the collection. The girls you see at the back were doing a choreographed dance piece, which also kicked off the show. 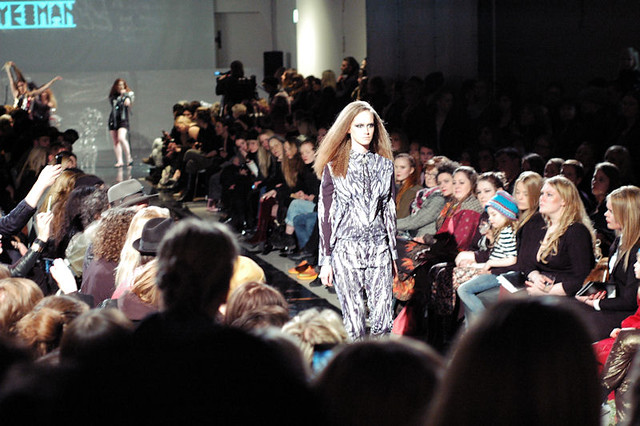 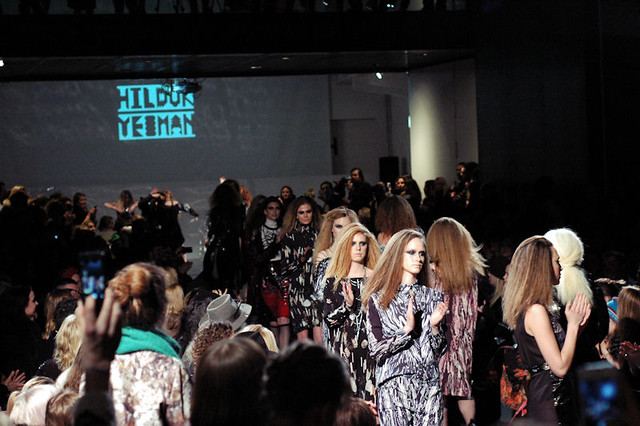