Back in February, I wrote a bit about the state of my creative life, as far as feeling like I had limited time to be making things, and how that played a role in my plans for knitting and sewing in 2020. At that point, I was still relatively recently reunited with my yarn stash and full roster of WIPs, and it was slightly overwhelming after six months without it. I wrote that I had two strong desires: to work through and finish existing WIPs, and to be working from stash for new projects. I had (and still have) a lot of projects queued up which I already have yarn for.

My overwhelming stash suddenly felt less overwhelming as my focus turned outward, to the many friends and independent businesses suddenly facing a year without revenue from fiber shows. That’s a massive blow for any small fiber business, and as I’m fortunate that my job hasn’t been in jeopardy, I ended up making a fair few purchases I hadn’t been planning on, both yarn as well as patterns and other supplies and tools. I definitely don’t regret it, but it meant this year’s making plans went out the window for a little while.

That being said, I wanted to sort of check in with myself here to see how it has affected my making. And when I sit down and look at what’s on the needles and what’s been completed, the impact was maybe smaller than I would’ve guessed. A few of those projects pictured in that post from February are now finished, for one thing. I’ve cast on several new projects since February, but many of those are also finished (see the Sir Duke shawl a the top of this post, the Twister Lolly socks above, and the Vellum cardigan below, for a few examples). Some of the old WIPs are still WIPs, but I’m working on that too. I’ve finished 17 projects since that post in February was written (a number I only just counted up and which makes me go !!!! a little bit). I still have 12 WIPs, which is evidence of new cast ons, but I had 16 in February so the overall trend is still towards more things getting finished than cast on. I guess the stay-at-home period combined with a delay in my data collection for my PhD meant there was more time for making than I was anticipating after all. The comfort that comes from slow stitching is certainly a factor as well, as it has been very welcome through the emotional rollercoaster that has been 2020 so far.

Yarns have been a mix of new yarns and stash yarns. Most of the new yarns have been those purchases from indie yarnies who’ve had shows cancelled, and it does feel good to put those to use. And digging into some of my old stash yarns has felt really good as well. In particular, I’m nearing the finish line on an Angelou cardigan (a pattern from Alexis Winslow’s Homage collection), which is a pattern I first queued in May 2018, the same month I purchased the yarn for it. It had been patiently waiting for nearly two years, but I finally cast on in April. All that I have left to knit is the pocket linings, and then it’ll be ready for a blocking. I have nothing like it in my wardrobe, so it’s going to be incredibly satisfying to finally wear that one.

Even some of the surprise projects have made use of stash in unexpected ways. I purchased some skeins of Mendip DK from my friend Marina Skua back in April, thinking I might use them for some accessories. But then I realized they’d go together very nicely in a colorwork yoke, and I saw an opportunity to turn to my pattern library for inspiration. I chose to use the skeins of Mendip in the yoke of a Vellum cardigan (from Karie Westermann’s book This Thing of Paper), and the yarn for the main body and sleeves of the cardigan was proper deep stash: two 200g skeins of New Zealand wool from Kahurangi Natural Wools Double Knitting which were given to me by my aunt probably nearly 10 years ago. I have a few different yarns from Kahurangi that my aunt gave me, some of which I’ve used in the past, but some of which has been sitting around for years, leaving me feeling stumped as to what to do with it. So this one was an incredibly satisfying knit, and I’m planning to write about it in more detail very soon because I also made several modifications.

I’ve found that after the initial frenzy of shopping I did back in March, there’s been an ebb and flow to my desire to finish WIPs and work from the materials I already have on hand, and my desire to support businesses in the craft industry who are struggling due to a loss of revenue this year. But lately I’m once again finding the yarn stash a little overwhelming, and reminding myself that there are other ways to support businesses and designers that don’t involve adding yarn to an already overflowing stash. So for the latter half of this year I want to refocus, and to work on finishing up some of the projects that have been hanging around for months or even longer. Trying to focus on one or two projects at a time (one more complex “home” project and one simpler “on-the-go” project I can keep in my bag seems to work well for me) definitely helps speed up the process.

What role has making been playing in your life this year? 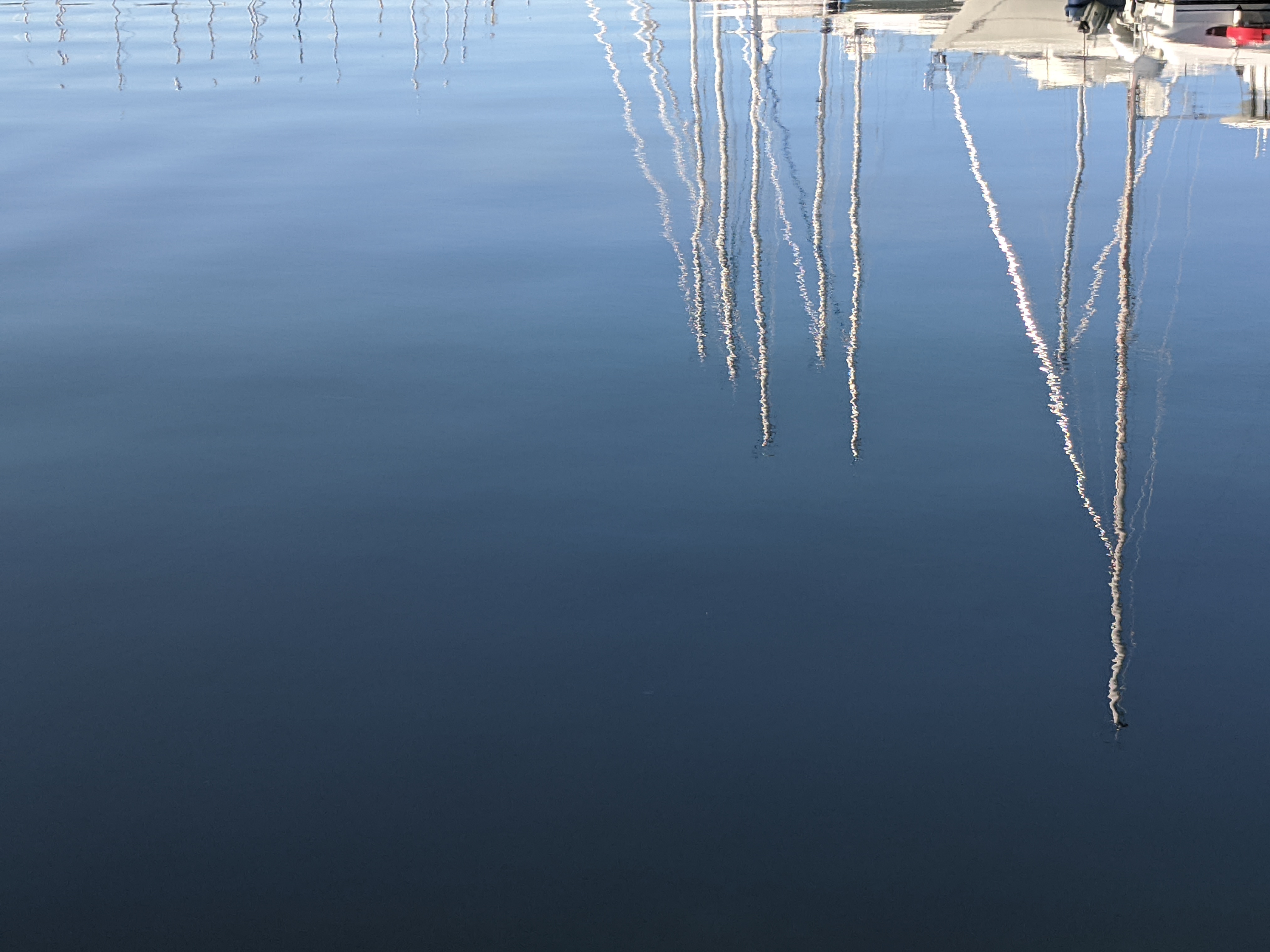 The blog migration to WordPress is officially complete! Thanks for bearing with me as I’ve gotten everything moved over. Although I still have to go through my pattern catalog and fix all the broken links to support & tutorial posts, and that may take me some time to get through. If you find broken links elsewhere on the web, please feel free to let me know – I’d love to get them fixed. 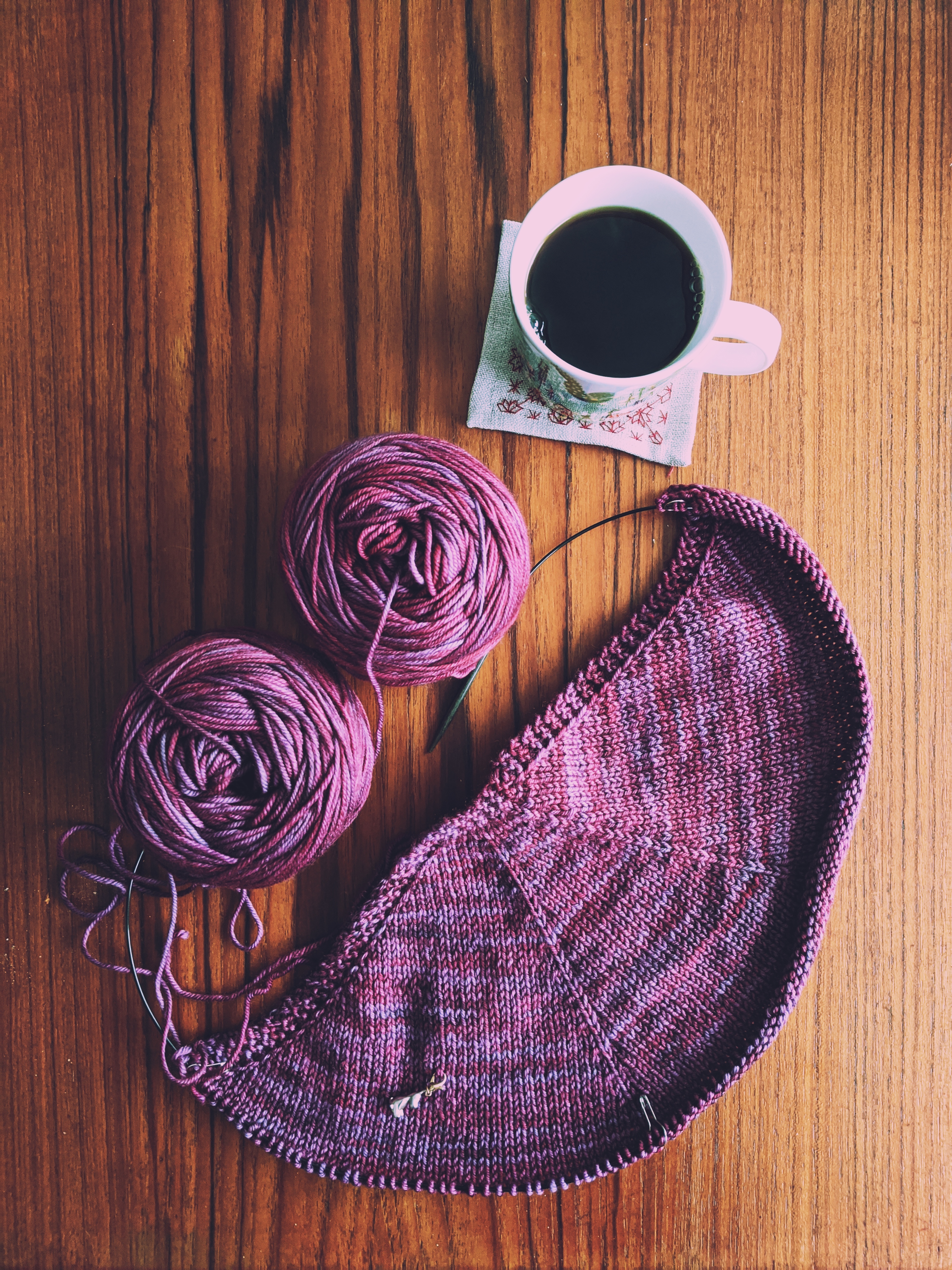 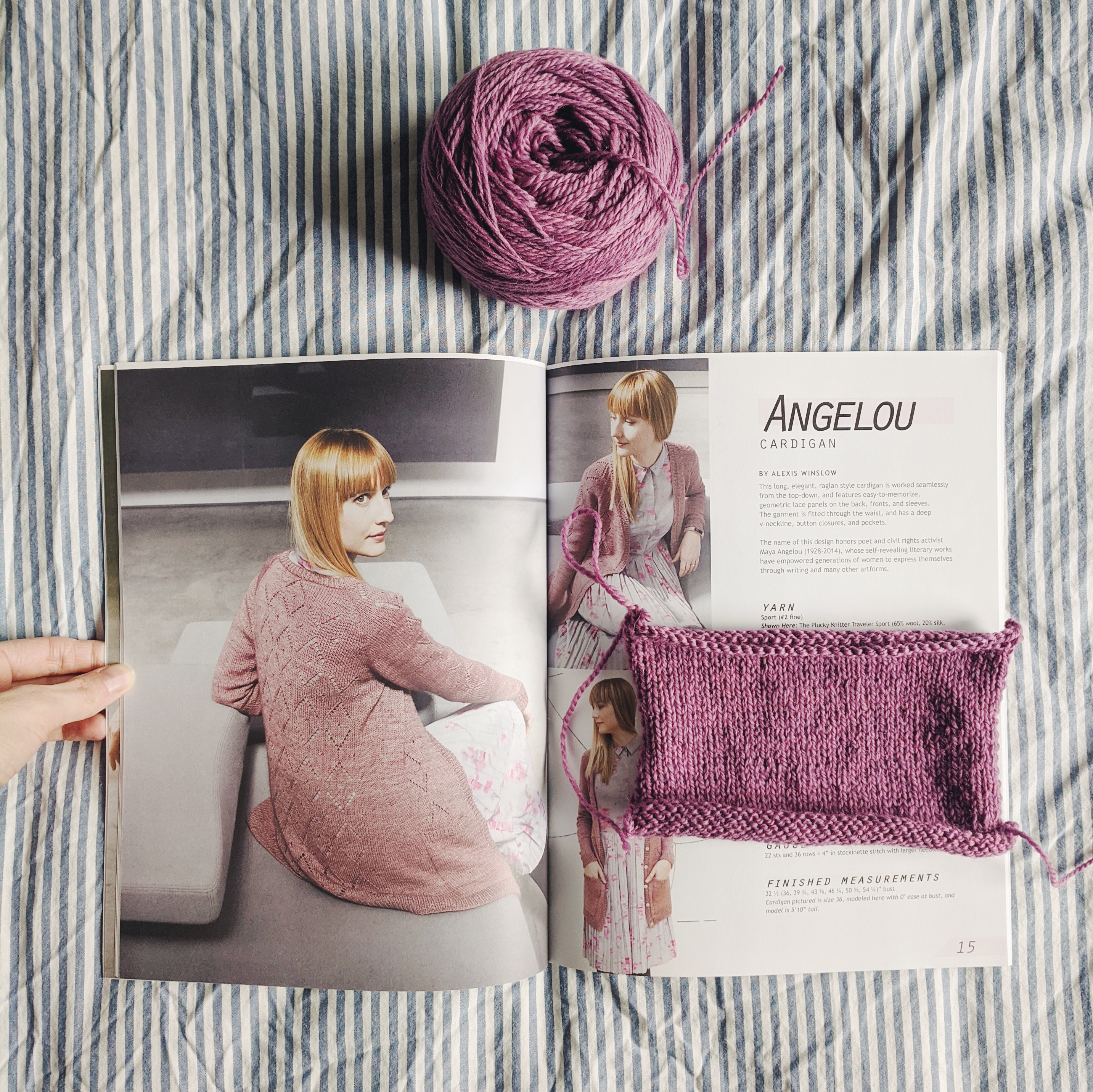 I feel like I have lots to catch up on here. April wasn’t busy, exactly, as it’s hard to feel busy when you spend so much time at home. But I did fill my time: knitting, sewing, baking, reading. Project planning. Garden planning. Planning planning planning. We are planning for a summer spent at home – and for once, we were actually planning on that anyway. I hope by July there’s an opportunity to do some more local travel within central Norway, but we shall see. Norway is slowly reopening (with restrictions), but I’m still trying to exercise an abundance of caution. 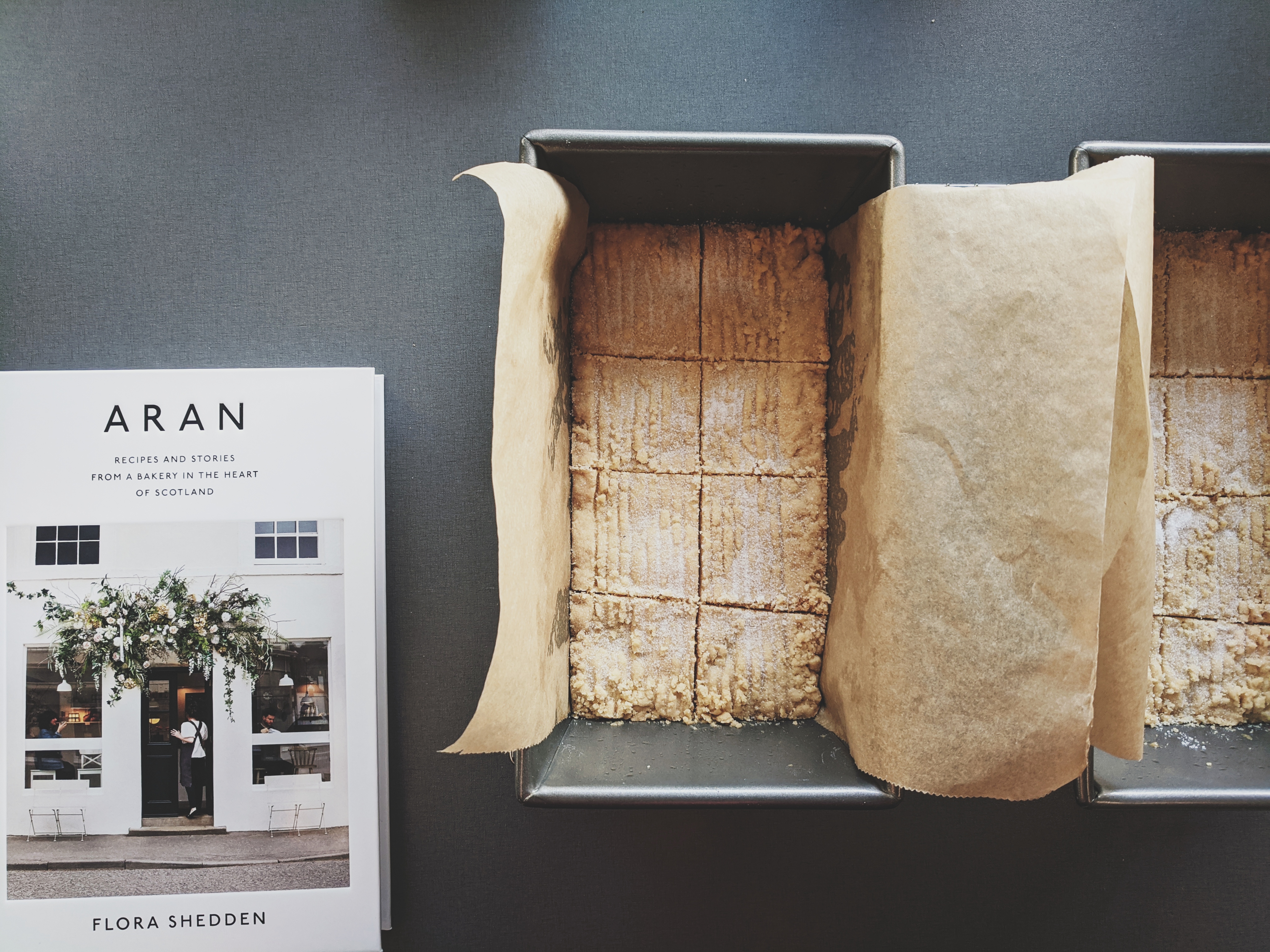 I plan to share some of what I made in the month of April here on the blog very soon, so you can keep an eye out for that.