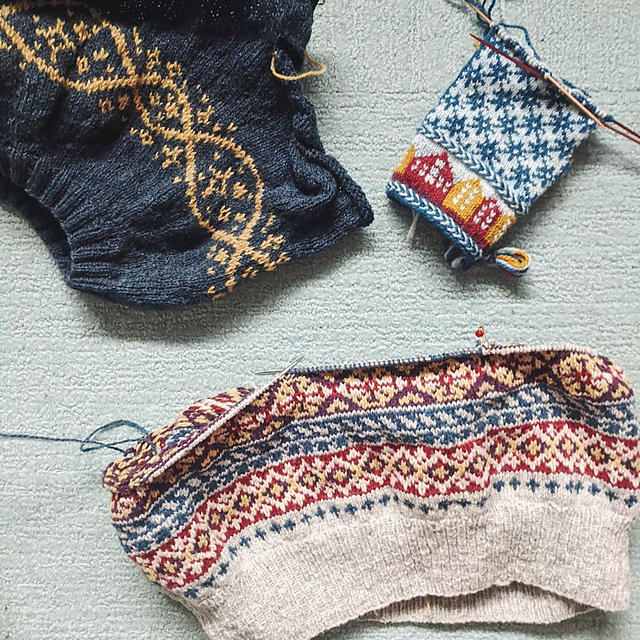 Halfway through the second month of 2020, I’m beginning to get a sense of how limited my time for making is at the moment (and is likely to remain for at least several more months). Hashtag PhD life, or something like that? I’m getting a little bit of knitting done here and there, but it all feels like it’s moving at a glacial pace. I have two sock projects on the go, which I sometimes bring on my commute to work on, but I’m still on the first sock of both pairs. Most of the sweaters I have on the needles are fingering weight sweaters, which prompted me to cast on a worsted weight sweater a few weeks ago in the hopes that I could bang it out, but that also feels slow and now I just have another WIP. So you could say I’ve been thinking lately about my priorities when it comes to my making this year, and I thought I’d share what I’m feeling with you all. 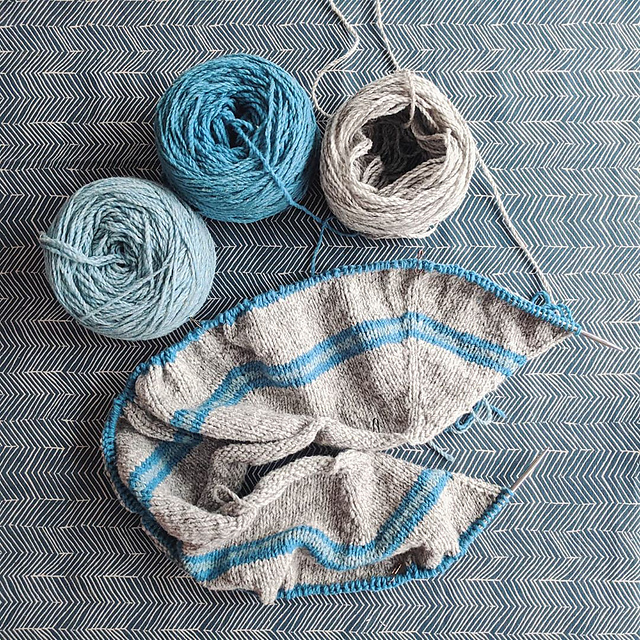 Firstly, after being apart from the majority of my WIPs and my stash for six months, I’m feeling slightly overwhelmed by it all now that I have it back. Not entirely in a bad way – I missed it and I feel an excitement to work on projects with all these beautiful materials I’ve collected – but what makes it overwhelming is the relatively slow pace at which I’m working on projects at the moment. I managed to work through a lot of what I had with me in the fall, which felt very freeing, and I’m just not feeling that freedom anymore. This means I’m feeling two strong desires: one is to work through my existing WIPs (16 is the current count, going by my Ravelry project page), and the other is a desire to work from stash for new projects. I really, genuinely want to be doing both of those things. And that feels really good, although it’s clearly going to take a little while to work on the WIPs. A few of them aren’t so far from being finished (like my Galore as well as this summery sweater) and trying to get them wrapped up in the next couple of months will probably help a lot.

The other thing I’m feeling really strongly is a desire to make things for friends and family. This isn’t entirely incompatible with wanting to knit from my stash, luckily, but it is somewhat at odds with trying to get through my WIPs. Nonetheless, after being reuinited with *all my knits* I’m also feeling how much I don’t need anything new, despite all the yarn kicking around in my stash. Of course there are sweaters and other things I want to make for myself that I already have yarn for, but I have plenty of yarn to do more knitting for others, as well. 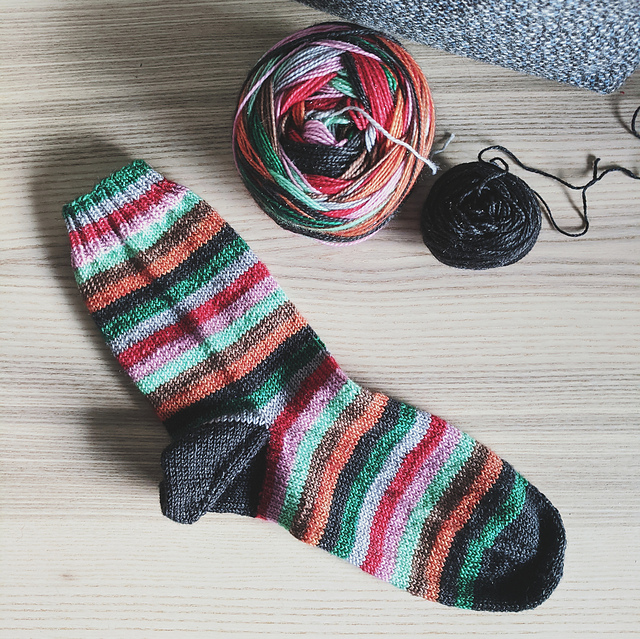 I know a lot of this is really in line with how many other crafters are feeling right now – The Crimson Stitchery is one of my favorite podcasts, and Anushka has talked a lot in recent videos about storage space, stash, WIPs, and desire vs. necessity. I really appreciate her approach to crafting as it’s always creative and beautiful, but also thrifty and practical. (The tagline for her podcast is “making all things beautiful and useful.”) She’s hosting an initiative called Stashless2020 in which you can join in with the aim to do one of two things: either try to work through your existing stash to become completely stashless, or put less into your stash and work more from what you already have. I definitely fall into the latter category – even if I had all the time in the world to knit this year, I wouldn’t empty my stash – but I appreciate the encouragement provided by a group effort, and knowing there are others feeling the same. If you’re intrigued by the idea of Stashless2020, I’d encourage you to check out this video where Anuskha discusses the question, “Can I go stashless in 2020?”

I am so lucky to have so many beautiful things to make with, so when I feel frustrated by how slowly my projects seem to be going at the moment, I just try to remind myself: it’s not a race.

2 thoughts on “reflections on making”