I came across the spring 2017 collection for Oleana on social media this week, and not only did the springy pastels that feature heavily in the collection jump out at me, but I also realized that many of my readers and followers outside of Norway may be unfamiliar with Oleana. It seemed like a great opportunity for an inspiration post! That led to me digging into pieces from some of their older collections, too, which is where the first few photos in the post are from (the newest spring pieces are down below).

To me, Oleana is best known for their striking fine-gauge knitwear. They’re celebrating 25 years in business this year, having been founded in 1992 at a time when the textile industry in most wealthy, developed nations was struggling to stay alive. From the beginning, their mission has been to show that high-cost economies can still produce clothing and they can do so responsibly. Oleana is worth talking about for that reason alone – fortunately, the knitwear also happens to be beautiful. Oleana’s designer is named Solveig Hisdal, and she also happens to be the company’s in-house photographer. I love her use of color and gradient to play with and break up repetitive motifs – and the combination of fine gauge and machine knitting allows for more freedom than traditional Norwegian colorwork.

Oleana’s pieces are produced in their factory near Bergen – located on a fjord in Ytre Arna. The factory is open to the public as an Économusée (much like the Hillesvåg mill), which means you can actually visit and get a glimpse of the production as it happens (I haven’t been, but I would love to go!). One thing that I can’t say about Oleana is that as far as I know, they don’t use domestic wool (most of their wool garments are made from merino/silk blends), but their emphasis on fair and responsible domestic production is hugely important in our modern textile industry, and I’m happy to elevate them for that. 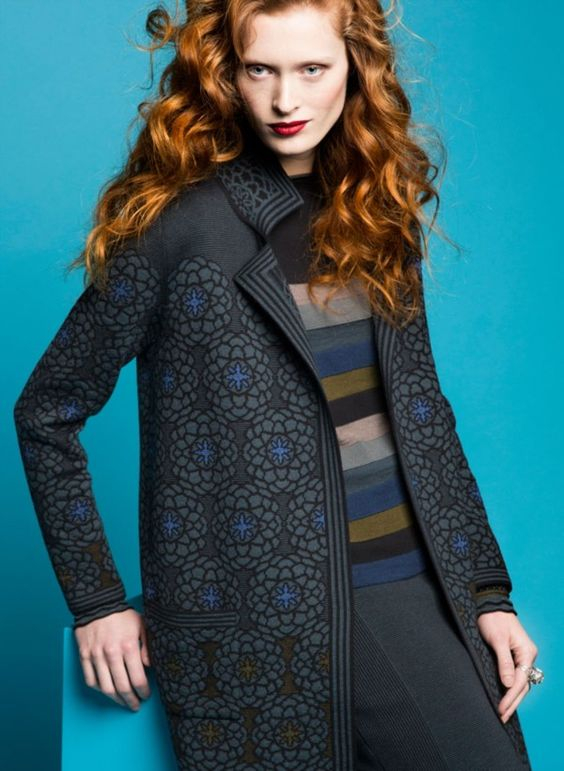 I think Solveig’s design work really carries her signature. In some ways, I can see through lines with some of the work of the Rowan designers, particularly when it comes to the florals, but Solveig’s pieces have a bit more saturation and flair, with a distinctive modern Scandinavian feeling. It’s a step away from subtle sweeping moors and in the direction of Marimekko, if you will, while very much being its own beautiful thing.

The spring pieces really caught my eye because of the colors used – I’ve been very drawn to bright, saturated spring and summer hues lately, even though it’s still so very wintry outside. The return of the sun has led to a little bit of a winter outside/summer inside vibe (avocado toast with lime and cilantro, anyone?) so I enjoyed poking through the spring 2017 catalogue.

You can view the spring 2017 catalogue here, or check out the autumn 2016 catalogue here (which the first two pieces pictured at the top of this post are from). Are those spring pastels speaking to you too right now? Particularly you east coasters in North America who just got hit with a snowstorm…

About half of Oleana’s products are sold abroad (all over Europe, the US, Canada, even Australia and Japan), so you can check out their store locator to see if there’s a stockist anywhere near you. And if you live in Minnesota, Norway House in Minneapolis has an Oleana exhibition up through March 26th. You can read more about that here.