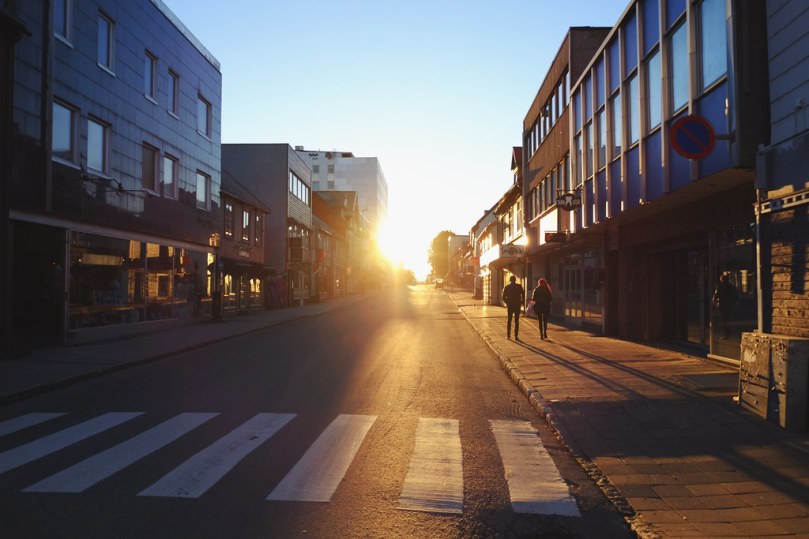 The midnight sun is disorienting. In Tromsø, the sun literally doesn’t set between May 18 and July 26 due to its location above the Arctic circle. We had many sunny (and even warm!) days in May, but once the calendar flipped over to June, the chilly clouds rolled in and we’ve seen a lot of rain. The thing about a cloudy sky when the sun never sets, though, is that midnight looks a lot like noon. Time does not exist. There have been clear pockets of weather, however, and in the evening on the summer solstice the clouds slowly dissipated and the sun came out. My friend Beth was in town for a visit and since the skies looked like they were clearing up, we decided rather spur of the moment to take the cable car up the mountain. It was still fairly cloudy while we were up there, but it was worth it. (We opted to walk home to enjoy the middle-of-the-night sunshine, and the photo above was taken at two in the morning!)

We made it up the mountain just before midnight, and it was pretty amazing to walk around the mountaintop at that time of night. The light was constantly shifting and the reflection of the sky on the water was soft and beautiful. 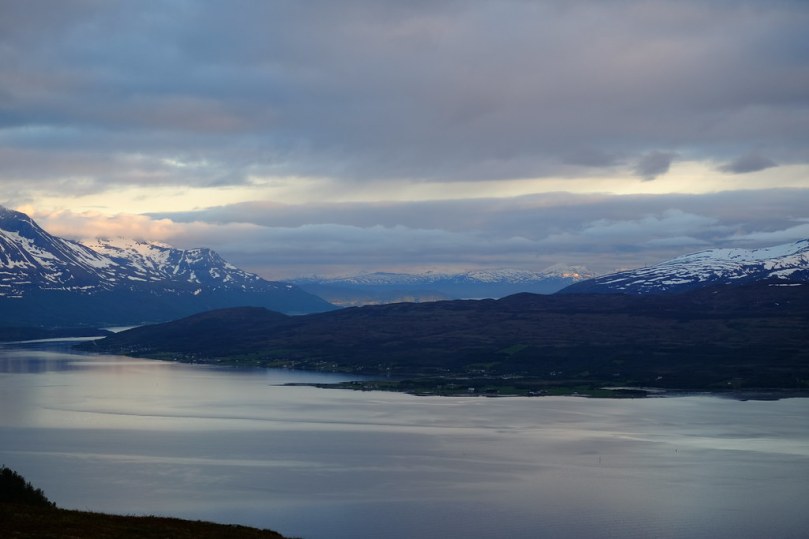 As you can see, the mountains still have some snow clinging to them, but otherwise, Tromsø is very green now. After the long winter and late spring, it seemed to happen very suddenly. 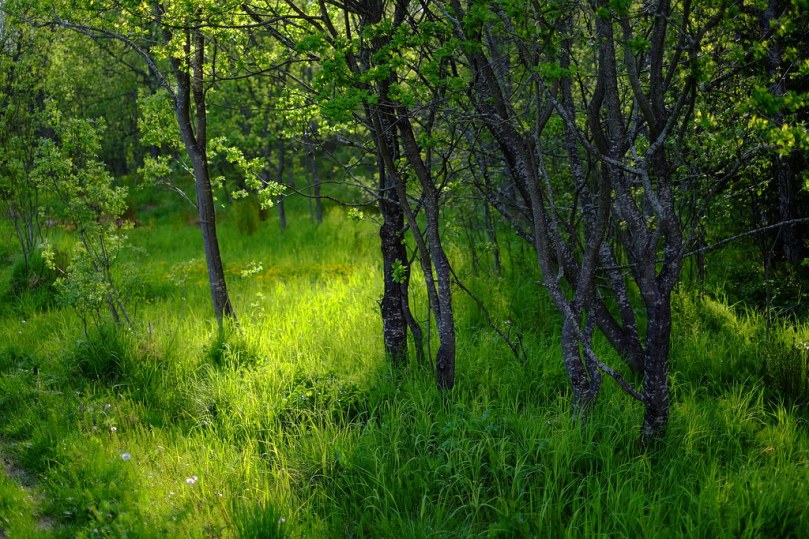 I took Beth to the university’s botanical garden during her visit and for the first time, the little cafe that serves waffles and coffee was open while I was there (it’s always been closed on my previous visits to the garden). It was a highlight to sit outside the adorable building, surrounded by tulilps and other blooms, sipping coffee and eating Norwegian waffles. It was wonderful to see the botanical garden really coming alive again after the winter, too – in about a month I think it’s going to be spectacular.

I’m off to Seattle for a couple weeks now, and I’m looking forward to seeing the night sky again. Stars! Remember those?