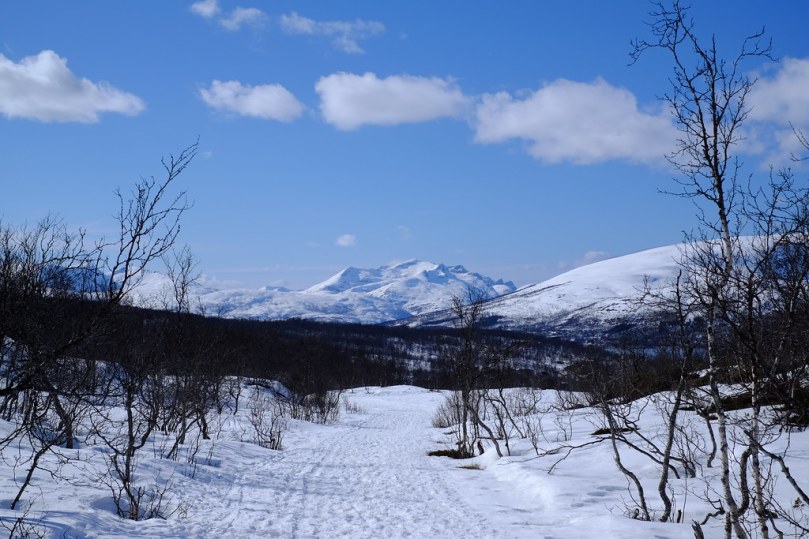 Thank you all for your feedback on my last post! I’m happy to hear it seems like so many of you are interested in hearing more about wool in Norway, and I’m looking forward to sharing what I learn here on the blog. Today, though, I just have a few photos to share from a walk I took earlier this afternoon with my friend Anna. It’s the end of the semester for us, which means we’re both spending a lot of time working on papers and presentations and generally being shut up indoors with laptops and books. I like that well enough, especially when I can get into a bit of a groove, but it’s important to take proper breaks to clear one’s head, too. And Sundays are the perfect days for that, especially when the sun is shining and the temperatures are getting warmer.

Spring in Tromsø is interesting because throughout April, you have pockets of warmer days but it also still cools down regularly – enough for it to snow. There’s also still a lot of snow lying around, especially on high ground and on trails and things that aren’t plowed – our maximum snow depth this winter was just over a meter. You can imagine it takes awhile for all of that to melt away. So today we went traipsing around the northern half of the island, which I haven’t explored anywhere near as much as the southern half. It was actually quite nice to be in the snow, since it’s all melted in the city center and the roads are quite dusty. The north half of the island is less developed and there’s a lot more forests and trails, too, which meant that the sweeping views we enjoyed today were all pretty spectacular.

Spring comes late here, but there are signs that greener times are on the way. Aside from the melting snow, I’ve seen crocuses sprouting up at the university! I’m looking forward to the leaves coming back as well.

Looking to the south, the rest of the island of Tromsøya is visible behind the trees, as well as the mountains on the mainland (to the left) and on Kvaløya (on the right, at the back).

Could we have asked for a better day? 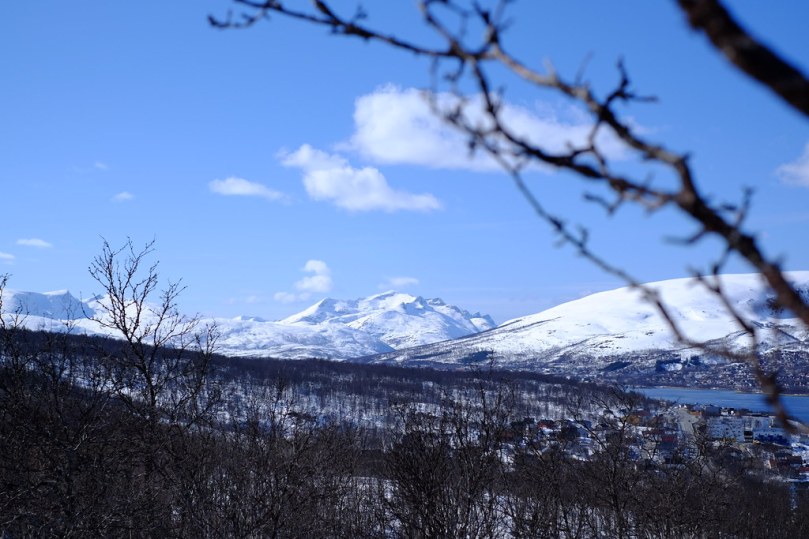 While we might get a dusting of snow tonight overnight, it’s supposed to get much warmer this coming week. I’m already looking forward to the spring giving way to summer, since the summer in Norway is so absolutely magical. I feel incredibly lucky to live in this beautiful place.